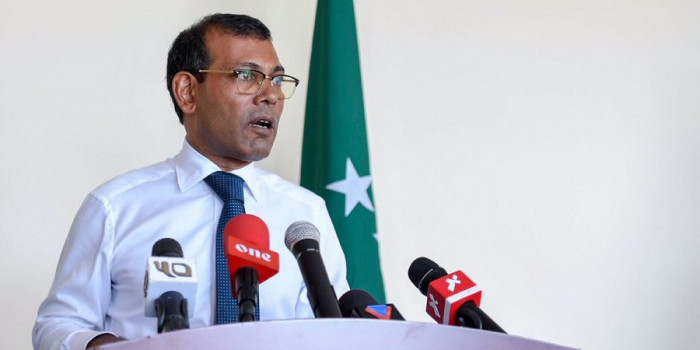 Speaking at MDP’s national assembly Nasheed said that the Maldivian National Defence Force informed him that Maldives Police Service officers were following him. However today, MNDF issued a statement saying that they did not say anything of that sort to Nasheed.