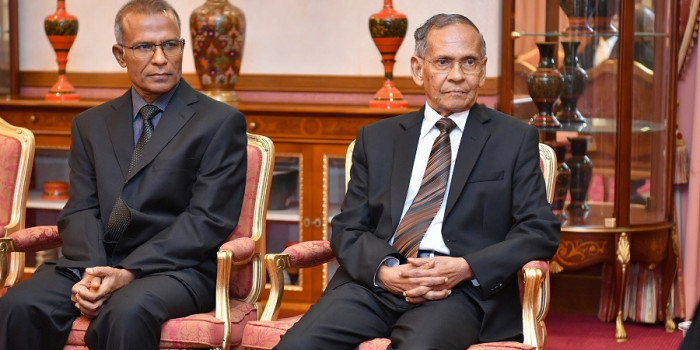 President Ibrahim Mohamed Solih has today appointed two University Chancellors and presented their official Letters of Appointment at a special ceremony held this afternoon at the President's office.

Both individuals are longstanding luminaries in the Maldivian education sector. Dr Hameed previously served as the Vice-Chancellor of MNU, Rector at the Maldives College of Higher Education, and in various senior capacities in the education field.

Dr Mohamed Zahir had previously served once before as Chancellor at the Islamic University, and also as the Chancellor at MNU. Further, he has held several Ministerial portfolios at the cabinet-level and at the President's office over a long and distinguished career.